Wigan Motor Club crew, Martin Fox & Lauren Hewitt were taking part on a Stage Rally at Leconfield, near Beverley in Yorkshire, in their Porsche Cayman rally car,  back in late August 2021. Unfortunately, on the second lap of Stage 2 he had a major engine failure. It appears that a conrod  failed and caused a large hole in the engine crankcase, which lead to the hot engine oil being sprayed all over the catalytic converter.

As a result, a fierce fire started from the burning oil on the hot exhaust. The crew evacuated the car quickly. Fortunately, being aware of the several fires that have occurred recently, and in particular with competing rally cars, Martin had the fire safety stick  with him in the car that he had bought nearly two years previously direct from the Fire Safety Stick team at the Motorhome show at the NEC.

He quickly deployed the Fire Safety Stick  and was immediately relieved with  how quickly and successfully it extinguished the fire, particularly considering how difficult it would have been to use the standard handheld extinguisher in that location of the car. OK, they were out of the rally and because of the hole in the engine block from that failed conrod, it’s a going to need a new engine. However, having used the Fire Safety Stick, at least there was a lot less damage not only because of the swift action of highly effective Fire Safety Stick extinguishing the fire but also the fact that it didn’t cause any remedial damage as a result of the extinguishing agent. That certainly would not have been the case had he used the traditional extinguisher that is currently specified to be carried by the motorsports ruling body MSUK.

As Martin continues with his rebuild, the team at Fire Safety Stick are delighted to present him with a replacement Fire Safety Stick, free of charge, ready for the next event he competes in. Just like so many competitors they know only too well the need to carry the Fire Safety Stick with them on all events, and of course it brings to light the need to have one at hand in the home to protect their loved ones too.

As you will see from these photos immediately after the fire, there is very little damage to the bodywork despite the fire from the mid engined car. 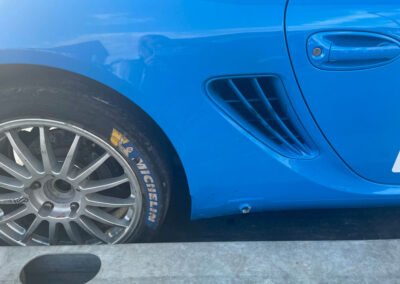 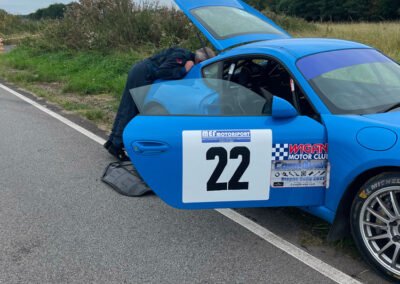 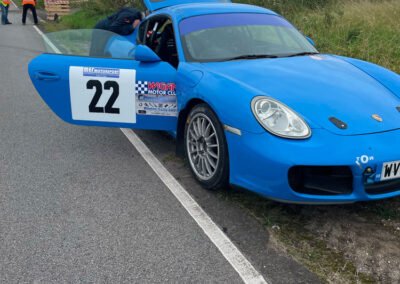 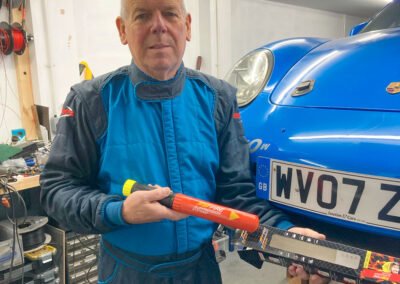