Driving home from Oulton Park in August, Dave Crook’s TVR Tuscan caught fire. The flames from the carburettors were coming out of the vents in the bonnet towards the windscreen and even melted the windscreen wipers.

Luckily for him, he had bought a Fire Safety Stick a few weeks earlier at Silverstone Classics. And using it, the fire was out within 15 seconds. And here’s what really amazed him, having cleaned the area, pressurised the fuel lines to make sure there were no leaks, the engine started first time and he was fine to drive home!

He said had he not had the Fire Safety Stick he would have surely lost the car completely. OK, he still had to repair the burnt bonnet and other cosmetic damage, but he’s a very happy chap. Imagine if he had a standard powder extinguisher as many do, even if he had put the fire out, he would have been faced with a bill of several thousand pounds with an engine rebuild.

Looks like he and his fantastic TVR Tuscan had a bit of lucky escape! 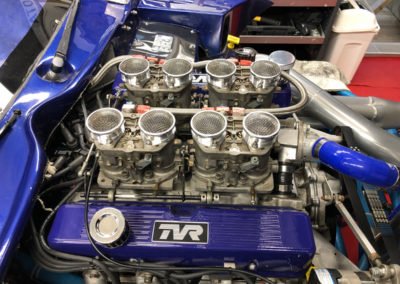 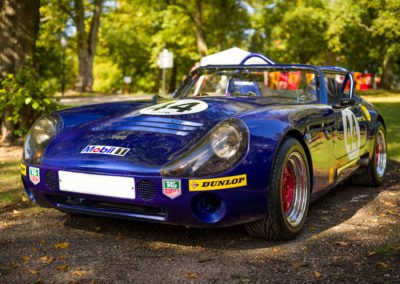 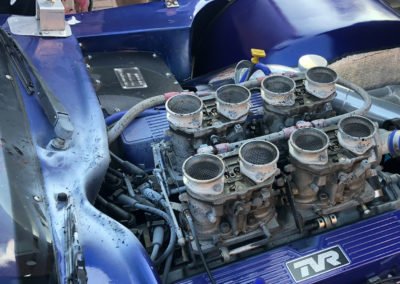