Yet another TVR classic car has been saved by the Fire Safety Stick!

Back in September 2021, a member of the TVRCC (the UK owners club), Finn Kolling, based in Denmark, had just reversed his 1992 Griffith 400 out of his garage. He left the engine running while he got out of the car to close the garage doors. Unfortunately, during that time he received a phone call which meant he didn’t return to the idling car for about 10 minutes.

When he did return, he saw smoke coming from the cabin, in particular, the passenger footwell. SO he immediately ran to the driver’s side of the car where he had stored the Fire Safety Stick. Running back to the passenger side, he activated the stick and pointed it directly at where he felt the heart of the fire was.

It appeared to extinguish the fire immediately, and so he moved the Fire Safety Stick away, but the fire re-ignited in some insulation foam stuffed behind a hot piece of metal in a small confined area. However, because of the incredibly long discharge times of the Fire Safety Stick, meant he still had plenty of time to re-direct the stick and therefore ensured that the fire this time was well and truly out.

It is believed the cause of the fire was a short circuit on the fuse board, which then ignited the insulation foam behind it. The total damage seems to have been the fuse board itself as well as the surrounding foam insulation, part of the wiring loom, the heater box and a 15cm diameter hole in the GRP bodywork. Of course, had he had no extinguisher he would have, without doubt, lost the whole car. A GRP body is very hard, if not impossible, to put out by traditional means if it really lights up. Even if he had a 1kg or 2kg dry powder extinguisher with its very short discharge time, he may have struggled to extinguish the fire, in those hard too reach areas. But do remember the highly corrosive nature of dry powder and the damage that it does to all surfaces that it comes in contact with.

He, and the Griffith, certainly had a very lucky escape! He was even blessed in sourcing those hard-to-get original parts of the fuse board and heater box. The Griffith will be alive and kicking again before Christmas 2021! 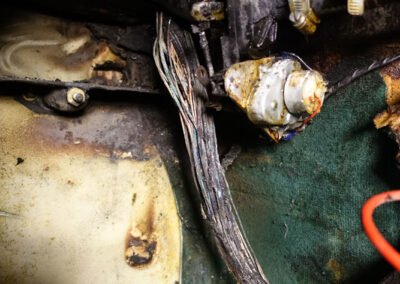 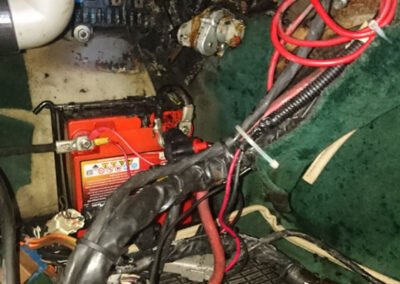 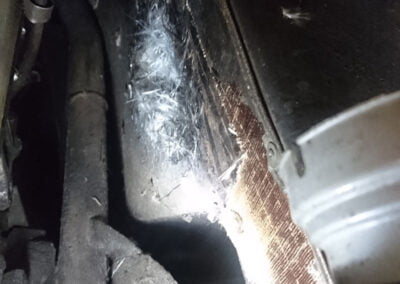